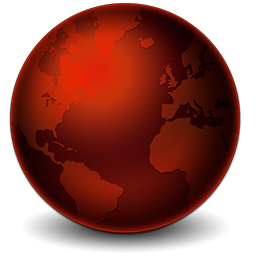 Weird college mascots? Pick your poison. And we picked ours, narrowing down the list to feature team nicknames that included logos forced to incorporate the oddities. As professional sports teams generally roll with tried and true nicknames (not counting minor league baseball, of course), nothing quite entertains like the often organically formed nicknames of the college ranks.

From Banana Slugs to Shockers, let the oddity of these college sports logos commence.

Bright yellow, slimy and sans the shell, this mollusk commonly found on the forest floor near redwood trees started with an unofficial love from the students. When the school first adopted athletics in 1980, school leaders chose the sea lion as an official name, even painting that logo on the center of the basketball floor. The students never agreed and by 1986 a student vote moved Banana Slug—one of two non-insect invertebrate college mascots—into the official capacity, allowing the Sammy the Slug mascot logo to appear in official capacity, both within a school seal happily reading and learning or standing on its own pleased it has no known predators. The Banana Slug today is revered, bringing visibility to weird college sports logos across the country.

Let’s get the pronunciation correct first: gooey-duck. And there’s no duck in this creature, the world’s largest burrowing clam. The only other non-insect invertebrate college mascot is found in the wild in the Pacific Northwest’s Puget Sound and Strait of Georgia, often growing so large it no longer fits in its own shell, a trait found pronounced on the logo that gives us a happy yellow geoduck bursting forth from a college seal.

The fiercest rooster around gives Coastal Carolina both an odd nickname and a literary tie quite unlike any other (okay, we recognize the NFL’s Baltimore Ravens have a strong Edgar Allen Poe connection). The Chanticleer comes from Geoffrey Chaucer’s Canterbury Tales, specifically The Nun’s Priest Tale. Originally dubbed the Trojans, students wanted something different and they xtstayed in the same family as the University of South Carolina—named the Gamecocks and then the parent of Coastal Carolina—when they made the switch. Now an independent school, Chauncey the Chanticleer—pronounced SHON-ti-clear—stands alone as a fierce rooster on the school’s logo.

He’s known as Jack, of course. The Jackrabbits nickname has a long history at South Dakota State, even if the origin isn’t fully known. Whether credited to a newspaper account following a 1905 football game where the writer dubbed the team as quick as jackrabbits or a 1907 yearbook poem titled The Jackrabbit, either way this nickname has been around for over 100 years, switching to a characterized version for the logo at some point along the way and holding prominence in the web design Murfreesboro Tennessee ever since.

Wheat. A shock of wheat, to be exact. The name originated in 1904 because many of the school’s football players earned summer money shocking wheat in the fields. The name has its own intrigue, but when WuShock the mascot took life, the muscle-bound bundle of wheat really gave the nickname a new visual identity. Wichita State has played up WuShock for years, from the in-game mascot to the powerful-looking logo.

A little comic strip inspiration led two water polo players to push the anteater as a mascot for a 1965 student election. A powerful on-campus marketing campaign gave the anteater the bounce it needed to beat out eagles, unicorns, golden bears and seahawks as the name of choice. Working to give the school an individualized name, ‘Eater Nation has also enjoyed a bit of oddity when it comes to building a mascot and logo.

We all know John B. Stetson as the maker of famous Stetson hats. But Stetson was also a key benefactor in keeping DeLand Academy alive during financial stress and when he was named to the school’s board in 1889, dumping in resources to keep the institution afloat, the school was named in his honor. When the football team took the field in 1901 the nickname Hatter surfaced, for obvious reasons. It stuck. And now a hat adorns the school logo in such an blatantly perfect way, making college sports logos long for a hat of their own.

The silversword emerging from a plant in the Chaminade University logo has a pronounced edge to it. But this Honolulu university isn’t just about the sword; it is also about the plant. Established in 1955, the Silverswords is actually a reference to a rare Hawaiian Haleakala silverswoard plant that survives in hot, dry climates. The pointy plant sends up a flowing stalk, which Chaminade has turned into a sword in the logo.

The stormy petrel, commonly found along the coastal waters of the East Coast, inspired Oglethrope University’s president sometime before the 1940s. He cited the birds’ courage, such a small bird diving into the waves of the Atlantic Ocean, as reason enough to warrant nickname status and reportedly inspire the school motto of “He does not know how to give up.” Plus, the visuals of the bird make for a modern logo with evident power.

Fighting Pickles – University of North Carolina School of the Arts

The best part about the story of the Fighting Pickles is that the school’s snack bar is named the Pickle Jar. Desiring a mascot for intramural football in 1972, the students somehow came up with the concept of the Fighting Pickles. Nobody appears to know the official reason, but do we care? It is pure gold, especially for a small school without a major athletic presence. Plus, how much fun is it to incorporate pickles into logos?

Details
Category: How Design
Published: 20 May 2019